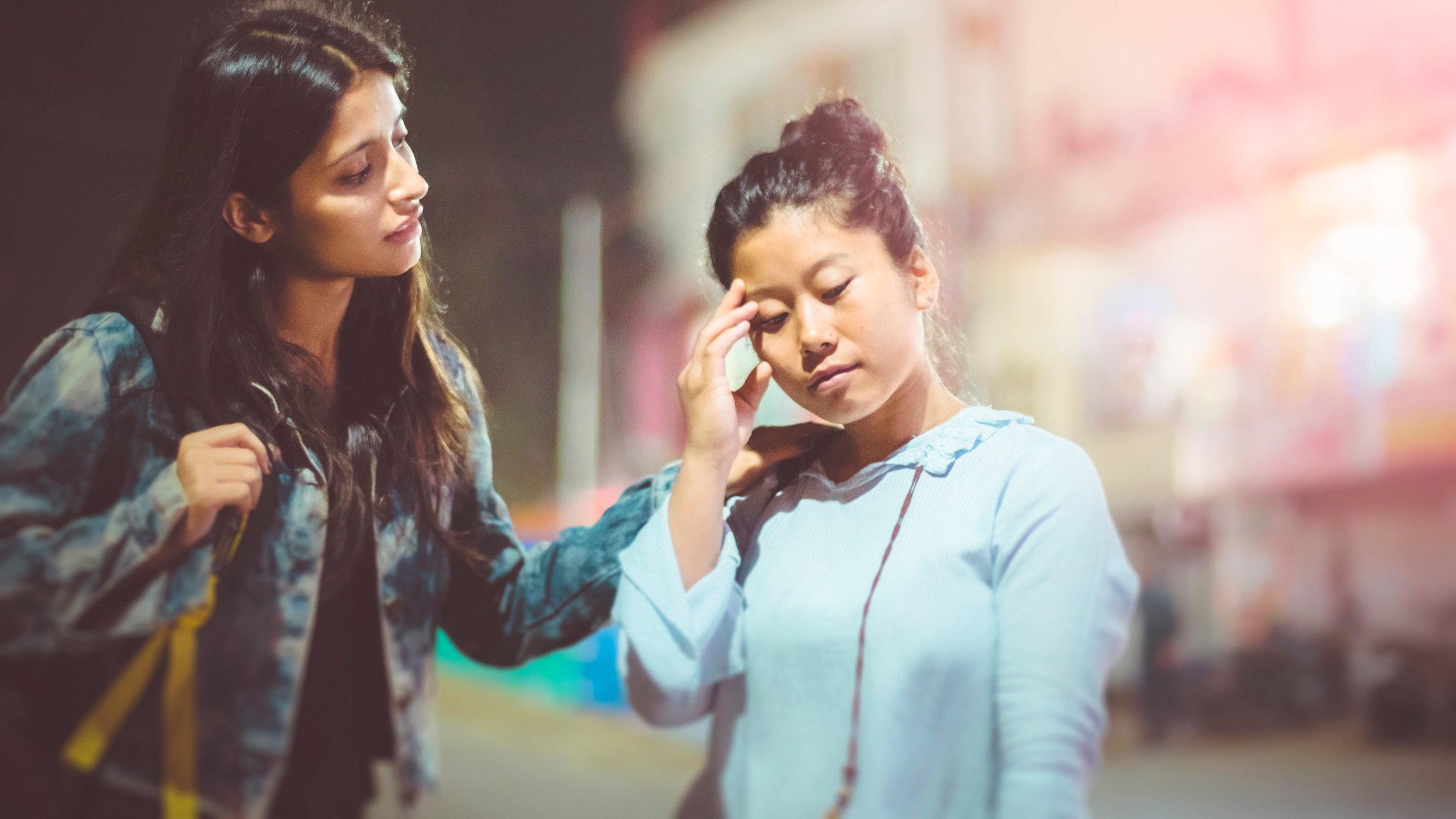 A History of API Hate

In the past year alone, Asian hate crimes and violence have sky rocketed. There were over 3,800 reports of anti-Asian incidents, marking a 150 percent increase in these crimes. More recently, on March 16, 2021 eight people were killed in Atlanta, Georgia, six of whom were Asian women.  These hate crimes and increased incidents are incredibly worrying, angering, and deeply hurtful—especially to the Asian and Pacific Islander Community. The tragedy in Atlanta highlights the long history of anti-Asian violence and discrimination in the United States.

We hope this page will serve as a space for those searching for resources about how to support the API communities, to learn about API hate, and organizations they can engage with.

Apicha CHC's CEO, Therese Rodriguez, addresses this history of violence and discrimination against APIs in her speech below.

Below is a compiled list of resources, from mental health tips to API-focused organizations that provide services and other resources.

“Other” in my native language meant an outsider or a nobody.

“Other No More” is part of history but is also an existential battle cry for all. It is about aborting the corrosive effect of “other” on our sense of equity and justice for the first people to of this land, and its foreign born.

The first Asians set foot in the United States in late1500s. It was not until late 1840s and the mid-1850s that Asians came in the tens of thousands. By early 1900s Asians in the U.S. were in the hundreds of thousands and by the 1990 U.S. Census count, there are more than seven million A&PIs. This segment of the population is projected to grow to over 20 million by year 2020.

Following the end of Civil War, deliberate exclusionary acts against Asians began. The Naturalization Law of 1790, which grants “free white persons” rights to naturalization, was amended to include persons of African nativity, and … descent. Asians were excluded, even Japanese-Americans who came at the end of the eighteenth century and were already in Hawaii or in the United States. Excluded from becoming citizens, Asians were prohibited to enter the United States, until 1952.

The Chinese Exclusion Act of 1882, supported by powerful labor unions, launched a movement that screamed “The Chinese must go!” The Chinese became scapegoats during the period of economic depression and were targeted for discriminatory legislation and racist violence. White mobs looted and burned Chinese homes and businesses, sometimes for several weeks, in anti-Chinese riots with little interference from authorities. Ironically, this Act came less than twenty years after the Chinese played the instrumental and critical roles in the construction of the transcontinental railroad and in the development of agriculture and fishing industry on the West Coast.

Along with the categories “lunatics,” and “idiots,” this Act prohibited the immigration of all “Chinese laborers” into the United States for ten years, later extended to twenty. By 1892, the Japanese, Koreans, Asian Indians and Filipinos were also excluded. Amended again in 1902, this time the ban had no expiration date.

With the U.S. occupation of the Philippines in the early 1900s Filipinos became U.S. nationals and could not be barred from the U.S. In the 1920s, Filipinos were aggressively recruited to fulfill agricultural labor needs in Hawaii and the West Coast. Alarmed at the growing number of Filipinos, the exclusionists worked for the passage of the Tyding-McDuffie Act 1934. Making, the Philippines part of the commonwealth with a promise of independence. Filipinos were reclassified as “aliens” limiting Filipino immigration to the U.S. to fifty persons per year.

The Immigration Act of 1917 designated India as one of the Asian countries in the ‘barred zone.’

The U.S. government categorized the Asian Indians as Caucasians because they and Scandinavians are racially and linguistically related. Theoretically, Asian Indians in America should have been granted naturalization rights. American exclusionists soon realized that the only way to exclude Asian Indians from naturalization was to somehow “change” their skin color.

The Asians who managed to stay despite the onslaught of vicious legal maneuvers and racial violence had their access to decent livelihood severely curtailed. From the 1850s through the1870s selective race-based legislation, regulations and ordinances expelled the Chinese and Japanese out of communities and economic sectors.

In recent history the principle of exclusion from neighborhoods and livelihoods was imposed most forcefully through the internment of Japanese-Americans and nationals in concentration camps during World War II.

In the 1980s Asian and Native American Indian civil rights and gay rights activists, called the government’s attention to those dying of HIV/AIDS in their communities. These activists needed resources to confront homophobia and HIV stigma. But AIDS surveillance data lumped Asians and Native Americans in the category “Other.”

These activists went to Washington to meet with officials of the HHS and the CDC. Given their particular traumatic histories, without political influence and representation, they were filled with hopeful skepticism. Instead, a surprising turn of events. Drs. Gary Noble, then of CDC, and James O. Mason, then the Assistant Secretary of HHS called off their other meetings of the day and moved the

bureaucracy to add two columns to the census count—one A&PIs and another for Native American Indians. At that historic moment activists made a moving pact, to speak for each other whenever one is not in the room or at the table. These sympathetic bureaucrats may well have changed the course of the epidemic in our communities.

Faced with another barrier the coalition had to threaten NYSDOH with a discriminatory lawsuit in order to be included in the category “minority” now called “communities of color.”

Although “Other” has been replaced by A&PI, the sense of inclusion remains extremely tenuous.

In all these experiences there was lack protection from racist and exclusionary tyranny that spanned through many decades.

The treatment of the most vulnerable members of society is a great indicator of how healthy a country’s sense of fairness and justice is. When we fail to examine the issues behind the disregard, neglect and lack of real interest in underserved communities we will see a society that can easily be divided, communities divorced and alienated from each other, leaving the wealth, resources and power of this nation in the hands of the small minority ruling over the vast majority of the disadvantaged, historically discriminated masses of people.

Yes, we do not have the numbers. But the diversity of the A&PI communities makes our work even more intense. The prevalence of the disease in these communities remains high. Yet many have no access to insurance. Those who are newly-arrived are unaware of the resources that are available. They speak in many tongues, bring with them many belief systems, and come from highly diverse cultures. There is stigma attached to death and disease. Prejudice towards homosexuality is rampant. Women have little to say about their own wellbeing. These are special and critical needs. They have to count. A&PIs are getting infected.

The fact that we are or our ancestors are non-white and foreign-born has a lot to do with the extent of our marginalization. Numbers or lack of it or being termed minority communities does not capture the essence of our chronic exclusion. The ruling class in this country certainly is a minority being less than 1% of the population but this is one case where numbers do not really tell the same story. Depending on whose interest is served, numbers are manipulated to achieve a political end.

Finally, in keeping with our promise to the First People of this land, I would like to end with the words of Dr. Martin Luther King, Jr. “Our nation was born in genocide when it embraced the doctrine that the original American, the Indian, was an inferior race. Even before there were large numbers of Negroes on our shore, the scar of racial hatred had already disfigured colonial society. From the sixteenth century forward, blood flowed in battles over racial supremacy. We are perhaps the only nation which tried as a matter of national policy to wipe out its indigenous population. Moreover, we elevated that tragic experience into a noble crusade. Indeed, even today we have not permitted ourselves to reject or feel remorse for this shameful episode. Our literature, our films, our drama, our folklore all exalt it. Our children are still taught to respect the violence which reduced a red-skinned people of an earlier culture into a few fragmented groups herded into impoverished reservations.”

I end with an excerpt of a poem I have written:

To begin to address

Let’s get rid of the illusion

Inclusion is not good enough anymore

Those who built the table

Put food on the table

Should be at the table

With the blessing of the First People of this land

We are the United People of America.

Staying up to date on the latest trends, healthcare tips and educational resources is so important to living a healthy lifestyle.